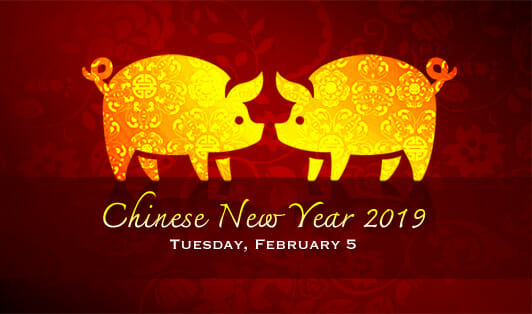 And let’s not forget the other New Year. The Chinese or Lunar New Year. February 5th is the date and the Year of the Boar or Pig.

Book your Lunar/Chinese New Year Celebration with us. We have your New Year Pig for your meet and greet. We also have your Big Shot Camera for your Pig Photo Opps. and much much more…

Call us now and let us design, create, and produce your event today!

Here is a tidbit of history of the Chinese or Lunar New Year Celebration.

“The legend of Chinese New Year’s origin According to tales and legends, the beginning of Chinese New Year started with the fight against a mythical beast called the “Year.” The “Year” looked like an ox with the head of a lion, and was believed to inhabit the sea. On the night of New Year’s Eve, the “Year” would come out to harm animals, people, and their properties. Eventually, people discovered that the “Year” feared the color red, fire, and loud sounds. Therefore, for self-protection, people formed the habits of posting red Dui Lian (refer to Chinese New Year Crafts) in front of their houses, launching fireworks, and hanging lanterns at year end.”